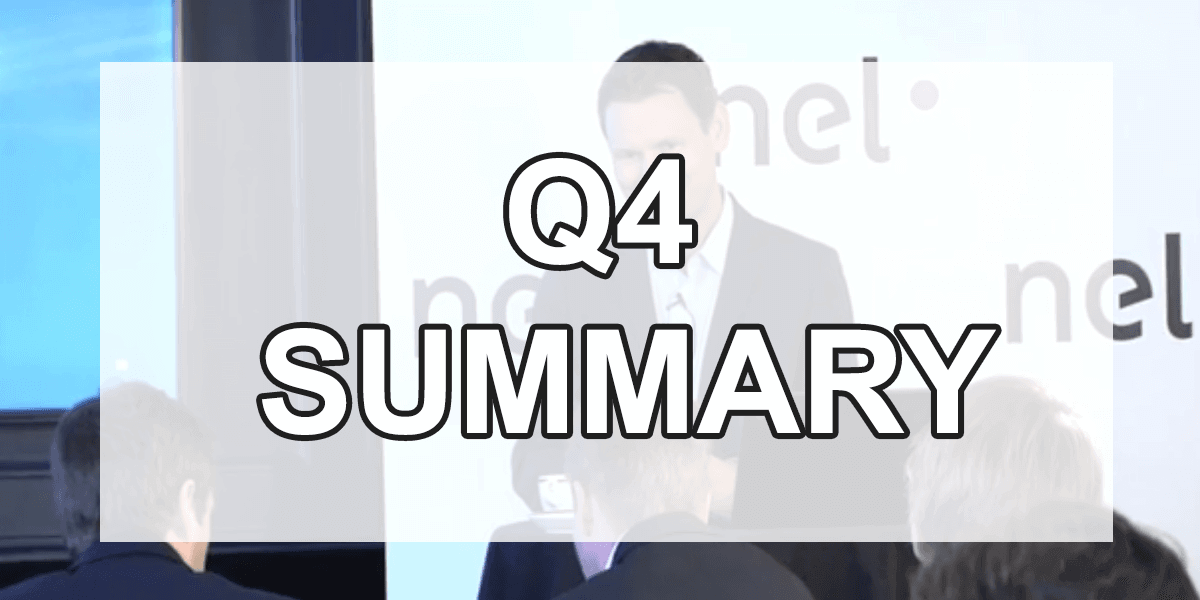 Note: This has been automatically translated in Google Translate

Q4 PRESENTATION SUMMARY:
—————————-
As mentioned, I was present at the Q4 presentation, where a number of other shareholders were also present. Among other things Cheesespinner someone else that I welcomed. For those of you who did not see it “in-person” or did not watch it on web TV, you can see it in reprint on the link below:
https://channel.royalcast.com/hegnarmedia/#!/hegnarmedia/20200305_2

As you saw from the PDF presentation and on web TV, Løkke went through a number of things such as the agreement with Kvaerner, the listing of Nikola and its importance (funding secured), as well as the development at the factory at Herøy. Some important things that also emerged during the presentation were that they see new cost reductions from the original 40% to around 50% or more.
It was also announced that a Capital Markets Day will be set up in June.

After the presentation, it is often the media (DN, E24 etc) and other online newspapers that want the statement from Løkke.
While Løkke is busy I have a chat with our new CFO Kjell Christian Bjørnsen who took over as new CFO from 1 March. The talk is a bit about future financing (loans, bonds, etc.), which may be relevant sometime in the future. Otherwise, we are talking about the global shift in terms of lending away from oil related and into the green sector.

I get a chat with Løkke alone and we talk a bit loosely and firmly about how the mood is among us shareholders.
He mentions with enthusiasm that NEL notices inquiries from companies (oil related etc) who contact NEL who want to be “green”. He might be hinting at Kvaerner here.

One question I was not asked was about the new pressurized electrolyzer.
My question was whether this one needed its own production line since this is a brand new product. The answer was that this electrolyzer needs its own line when the time comes. Where and when this production line is set lies a little ahead of time, when it is launched. My idea is that this production line needs to have enough orders so it can go about 24/7 in terms of production.
It was also mentioned that Herøya is initially designed for the workhorse from their A-series, eg the A-485 electrolyser.

In this connection, I asked about the idea of ​​”copying” the Herøya layout and setting up a factory close to the market, for example in the US for Nikola. Here was the answer that this might be a good idea, but they had no info if they had any plans in the near future. Løkke also stated a little later in E24.no with the following:
“- Then we have the opportunity to produce more than one gigawatt on Herøya. And then we have to think about whether we should have a similar Herøya plant to, maybe in the US, and a similar Herøya plant to Asia. But now we are talking about many years ahead of time. It is too early to think now, “says Nel’s boss.”

One question that management got from me and Cheesespinner, among others, was about Clearstream. We asked if they could say something a little about this. Here, the answer was that Clearstream is still a number of investors and financial institutions behind Clearstream’s nominee account. It was also mentioned that behind Clearstream there may be other banks sitting in a nominee account and then again we have the real shareholder. So there may be several links behind.

In other words, for example, Clearstream -> International Bank -> Company -> The real shareholders

It was talked about making this shareholder statement with Clearstream visible to “everyone” on NEL’s website.
This process took a very long time and cost a lot of money. They considered making this available eg every six months or once a year.
According to management, they were none of the individual players behind Clearstream that have exceeded 5% yet.
They also have a flag duty if they receive more than 5%, which is imposed by the Oslo Stock Exchange / Financial Supervisory Authority.
One intriguing name that emerged out of the blue (which might be an example) was the name Blackrock as a possible actor.

After the presentation I had a roughly 5 hour chat with the Cheesespinner where we went through a lot of exciting.